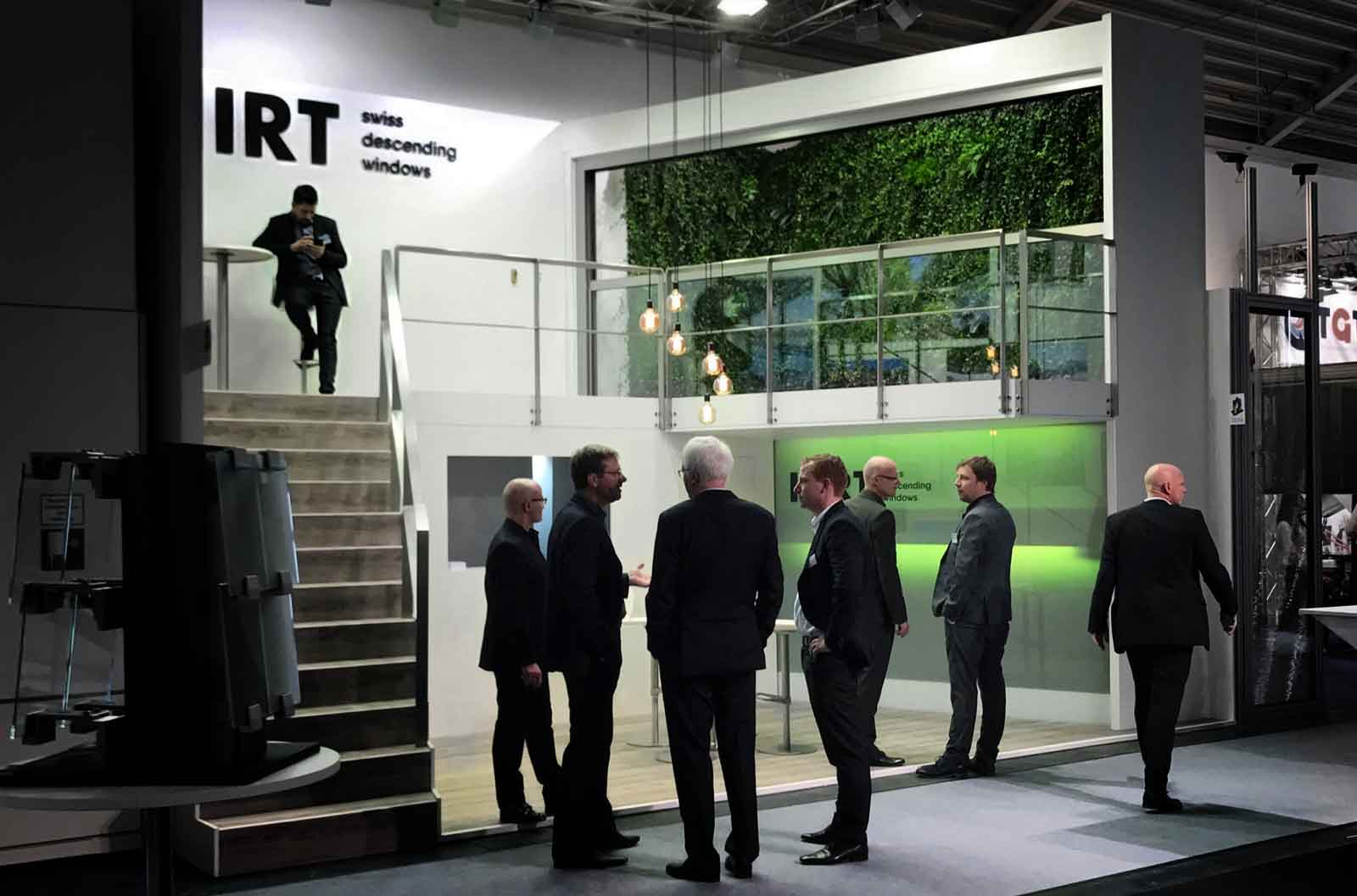 The BAU 2017 trade event in Munich attracted more than 250,000 visitors, almost a third of whom were international guests. This makes BAU the undisputed leading international trade fair for architecture, materials and systems – and this year it became the grand stage for the debut of HIRT Swiss Descending Windows. The presentation of the descending wall caused quite a stir.

”Visitors were enthusiastic about the descender front at BAU, which is something we are very proud of. From the first day of the trade fair, we had a large number of very interested visitors come to our stand.

BAU is an important trend setter for the industry. This was the reason why HIRT decided to showcase the descending wall to a discerning international audience at BAU Munich 2017 at their two-story stand. The success proved this decision right. The unique way in which HIRT Swiss Descending Windows opens up spaces was made tangible with an impressive live presentation in the exhibition hall. Renowned architects came to get first-hand information on which dimensions and materials can be specified with our descending walls. Delegations of HIRT partners from Australia and the United Arab Emirates visited the stand. Builders stopped by to let themselves be inspired. For Stefan Hirt, talks with potential sales partners in other countries, including Israel and Brazil, also greatly contributed to making this event a big success. The five colleagues staffing the HIRT Swiss Descending Windows stand were able to gain numerous new contacts, several of which made concrete project inquiries. One deal was even closed live: Gerhard Gerstenmayer, the Official Sales Partner in Germany, and the representative of Medicke Metallbau signed the contract for a project in Berlin.